Pictures just in from a West Omaha rental home. Tenant is reporting that the roof started leaking last summer. The landlord put patches on the roof, but it didn’t stop the leaking. Leaking was reported again late last year, but no one came to fix anything. For the past five months, the roof has been leaking and the ceilings have been getting progressively worse. One of the bedroom windows recently became stuck open and cannot be closed. Landlord was notified,  and no one has come out to fix it. 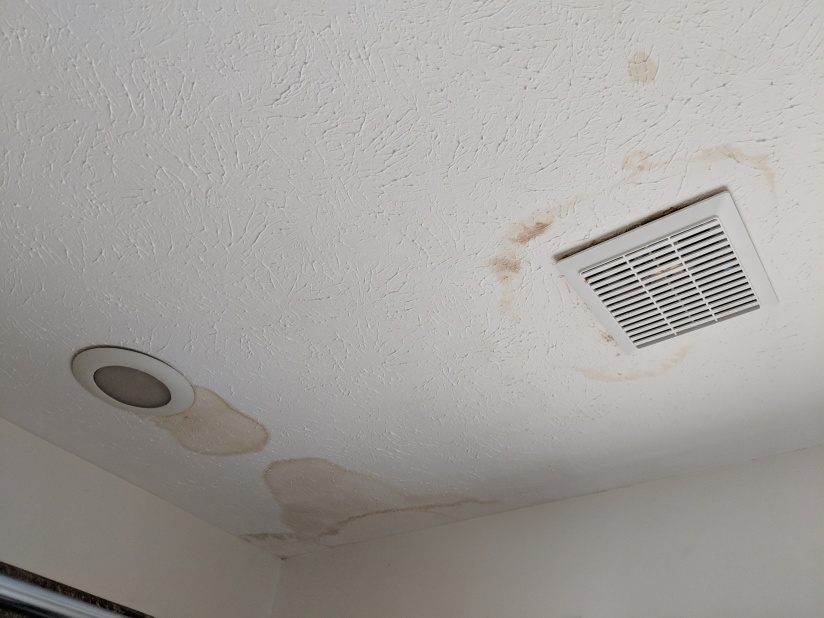